The 3 Best Supplements for Adrenal Fatigue

In my naturopathic practice, I treat fatigue on a very regular basis. No one likes to feel tired and out of commission, and often a month-long adrenal program can have immense benefits in getting people up and over the hump. Here are the 3 supplements that I think really work for fatigue. Dr. Wilson was the first person to identify this combination, but in 13 years of practice using a number of different protocols, I still think it’s the protocol that works the best for adrenal fatigue:

Licorice is well documented for it’s many benefits including the treatment of immune disorders, mood related issues and digestive concerns, but licorice is also one of the best know herbs for the treatment of adrenal fatigue. Licorice assists the adrenals by preventing the breakdown of cortisol, one of the major hormones produced by the adrenal glands to combat stress. Its cortisol sparing effects help in maintaining energy levels which results in a better response to stressful situations. In addition, licorice is a great herbal for supporting and protecting liver function, which also increases energy production. Licorice combats PMS symptoms like breast tenderness, irritability and bloating because of its mild estrogenic ability. Are there some people who shouldn’t take Licorice? You bet. If you have high blood pressure, taking licorice can be problematic because the cortisol sparing effect can increase blood pressure in some individuals. Those people with a predisposition to breast cancer, especially estrogen dominant breast cancers, should avoid it as well.

Yes, vitamin C seems to be good for everything and energy production is no different. Vitamin C assists in energy production and supports immune response. Humans cannot produce their own vitamin C and so it needs to be brought in through the diet. Taking 1000mg of vitamin C daily is a great addition to a fatigue-busting protocol.

Zinc is a mineral that is found in every tissue in the body and is directly involved with how fast cells can divide in the body, which contributes to energy levels. Low levels prevent an adequate stress response and may accelerate the aging response. Zinc is incredibly helpful for optimizing immune function and enhancing athletic performance, and on top of that, it’s one of the most important minerals in maintaining fertility in both men and women. Generally a 50mg dosage once a day is enough to get all of zinc’s many benefits. If taken in higher dosages or for long periods of time, zinc should be taken with a low dose of copper to ensure it doesn’t deplete copper levels within the body.

Make an appointment with Dr. Chantelle Drobot for more information on adrenal fatigue and your body. Dr. Wilson’s full protocol can be found in his book “Adrenal Fatigue, the 21st Century Stress Syndrome”. If you have a protocol that you think has worked well for you in the past, by all means, leave a comment below! 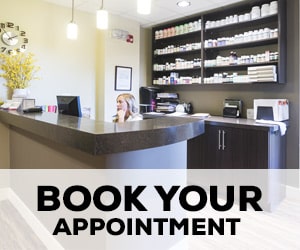